At the foot of Mount Pringle

A mountain of Pringles. Last nights dumpster was filled with the packets. This was a dumpster that was higher than I stand and it was filled to the top with Pringle packs.

In the photo is what I salvaged, I could not carry anymore on foot.

I don’t really get angry with the waste anymore. I cannot afford too. I would go mad and end up in a mental asylum.

But on this occasion I did lament my discovery.

The retailers slashed every packet of Pringles open before tipping them into the bin.

I imagine they did this so that the poor peasants would not take the packets and eat them. Such a horribly selfish act of barbarism, truly….

Every single pack slashed with a razor blade. How can someone just slash up food and put it in a dumpster, ready for an eternity in landfill?

Anyway I have hauled quite a lot of fresh food since my last post. Normally I would post for each time I go out, but I think I might just post once a week about my dumpster hauls, as it gets repetitive listing huge amounts of food over and over again.

So here are some pictures of the food (and other items) I hauled home in the last week. 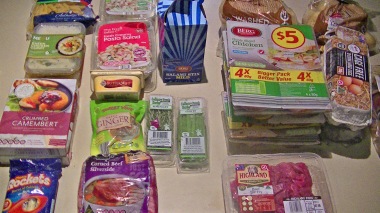 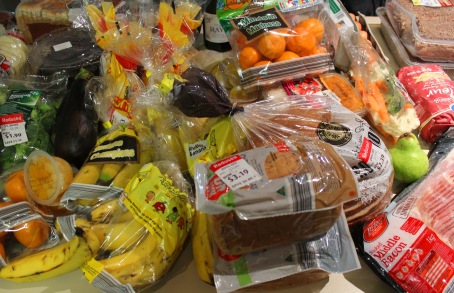 All up a good haul.

This entry was posted in Dumpster Diving.